It's Wednesday and that means it's time for a new Simon Says Stamp Wednesday Challenge!

This week Simon Says: With Love!  The design team is featuring fantastic Simon Says Stamp Brand Exclusive Products! It isn't a requirement to use them but if you have them we would love to see them!

Come join in on the fun, you have the chance of winning a $50 gift card to the fantastic Simon Says Stamp store! 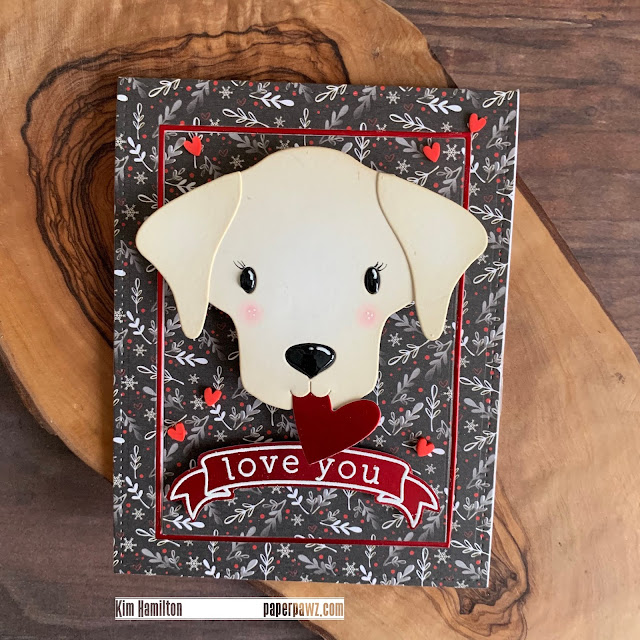 I created two projects for this week, I was so inspired by the Simon Says stamp Storybook Dies :)  My first card looks exactly like my beautiful Golden and will double as my Husband's Valentines Day card from his dogs, lol! This was a quick card as it is mostly die cutting.  I used the pattern paper from my December Simon Says stamp card kit, the paper has snowflakes and hearts in the background so appropriate for February!

I die cut my dog from Vanilla Malt cardstock and added some Antique Linen Distress Ink to the edges for some depth. I also die cut the eyes and nose from Black Licorice cardstock. I then die cut my pattern paper using a Stitched Rectangle die and the Simon Says Stamp Thin Frames from some Tonic red specialty cardstock.

I glued my paper to the card base, and added my dog using an action wobbler. 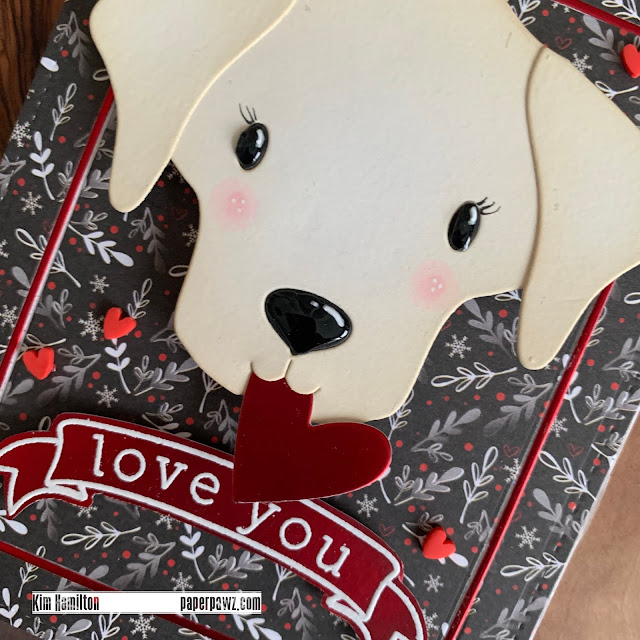 I used the Love you from the Woodland Whimsy stamp set and stamped it on the same Tonic cardstock and white embossed it.  I decided to add a heart (Lawn Fawn) to the dogs mouth. To finish off, I added some red candy hearts! 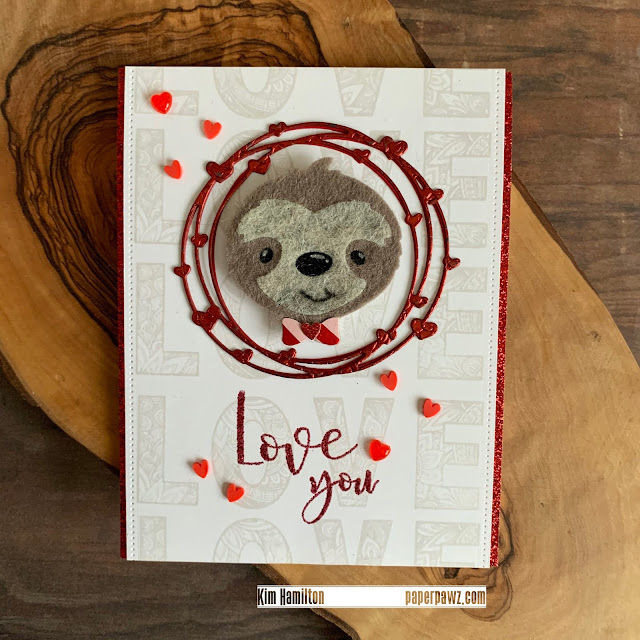 This Sloth by Simon Says Stamp has my little heart, lol! I die cut him from some felt and put him together.  For my background stamping, I used the Ornate Love set with some Simon Says Stamp Fog ink for a light effect. I trimmed my panel as I wanted a punch of red on either side by using some of my Tonic paper.

I also decided to die cut my Avery Elle circle/hearts from Tonic paper and used it to frame my Sloth! 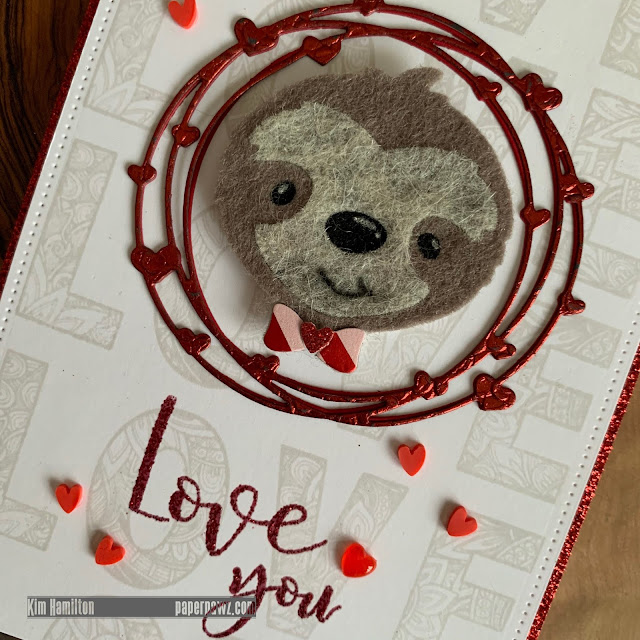 I used red glitter embossing for my sentiment also from the Ornate Love stamp set and added my elements to the top portion of the panel.  I, again, used a mix of clay and acrylic hearts to finish off! 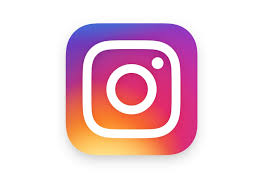 Thanks for taking the time, products used are listed and linked below! Affiliate links used at no extra cost to you :)
Kim

Posted by Paper Pawz by Kim Hamilton at 9:00 AM 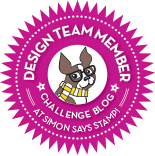